The Factory gets residential use restored

An office/retail project in the South End is returning to mixed-use a year after dropping its housing component. According to the Notice of Project Change filed with the Boston Redevelopment Authority, Holland Development will now build 18 condos in the 64,530 square foot building. Last July they filed an NPC with the BRA to drop the 15 rental apartments the project was originally proposed with. 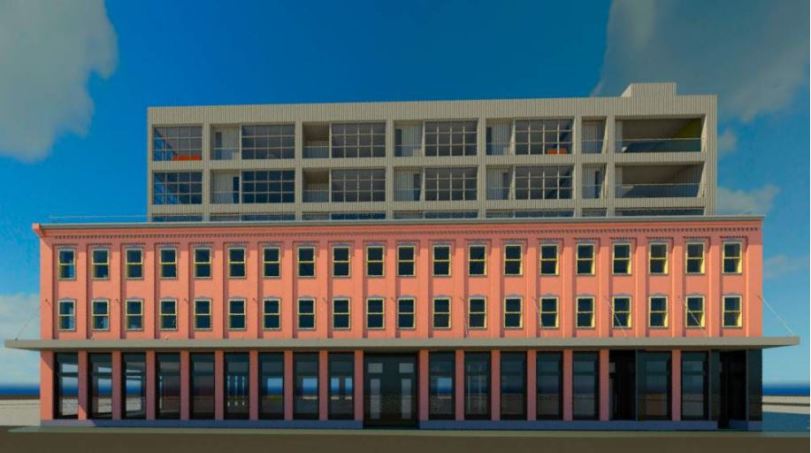 The former piano factory at 46 Wareham Street was first approved by the BRA board of directors in April of 2015 with 15 apartments, plus office space and ground floor retail. A two level underground parking garage was also planned. The apartments were in a three story addition in the back, for a total of six stories and 69’9″ of height.

In July the developer dropped the residential use because of demand for office space and neighborhood opposition to new housing. Two of the 15 apartments would have been affordable for artists.

They are being brought back because of delays due to the poor condition of the building. According to the NPC, the foundation and some walls need to be completely rebuilt, which meant going through review by the South End Landmarks District Commission. The new work has increased costs and the construction delays have translated into occupancy delays, so the developer wants to sell the condos to finance the project.

Holland Development has requested that the BRA director issue a scoping determination and waive review of the latest changes.